Early in the morning of October 18th, 2011, Peter Maktenieks and his friend, Amy Pass, lost their lives in a house fire. Peter was the beloved brother of Tracy Maktenieks, an employee of Delta Fire Systems based out of Salt Lake City, UT. In the wake of this tragedy, Tracy along with Delta Fire’s entire organization, felt it was their duty to take action. As educated workers within the fire protection industry, they wanted to raise more awareness about the hazards of residential fires and provide solutions. With Peter as their inspiration, the Home S.A.F.E. Initiative as born. 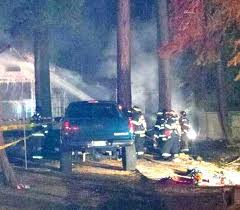 Peter’s home at the time of the fire.

How the Initiative Began

Tracy took two days off of work after the loss of her brother. When she returned to the office, she was determined to help prevent future tragedies caused by house fires. As a design engineer for Delta Fire Systems, Tracy was able to provide anyone who was interested with free design and feasibility consultations for in-home sprinkler systems. When asked about her purpose for creating the Home S.A.F.E. Initiative, Tracy responded, “when someone Googles my brother’s name, I don’t want the accident to come up, but instead, this initiative.” Tracy’s goal is to provide Sprinkler Access For Everyone (S.A.F.E.), while honoring the life of her brother.

Delta Fire and its former president, Bill Ball, embraced Tracy’s ambitions and agreed to partner with her. They began offering non-mandated residential fire sprinkler system installations at cost to any member of their company or community. Since its inception, there have been 11 in-home sprinkler systems installed through the Home S.A.F.E. Initiative. In addition, the conversations about this issue have helped raise awareness about the importance of fire safety in the home. Bill Ball  was the first to act, having fire sprinklers installed in his home in 2012. This left Tracy overwhelmed with emotion. Shortly after, Vince Newberg, who is a huge advocate for the initiative in the Salt Lake City area, had a system installed in his home. He is in his ninth year at Delta Fire and has worked as both a design manager and project engineer throughout his time there. Vince is educated on fire protection systems, making his decision to install fire sprinklers an easy one. It has now been four years since he installed his sprinkler system, and he has been working hard to convince others of the benefits. 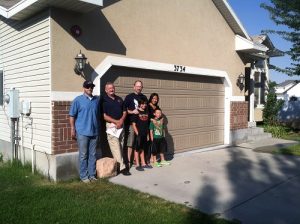 Vince and his family in front of their sprinkled home.

Installing a fire sprinkler system in an existing, single-family home is often thought of as an expensive and inconvenient process. However, Vince brought up a great point about how we are willing to pay more for safety in other areas of our life, like back-up cameras in our cars, but not in our homes where our families spend the most time. He suggests that instead of only having conversations about what to do when there is a fire, we should also be talking about fire suppression and the benefits of fire sprinkler systems. Vince and Tracy’s goal is to change people’s perception of in-home fire sprinklers so they are seen as a necessary, life-saving technology.

Tracy is incredibly thankful for the support of Bill Ball, Vince Newberg, and the entire Delta Fire Systems family. She sees a bright future for the Home S.A.F.E. Initiative and loves to make it a part of her day to day interactions. Tracy (along with Vince) is willing to get involved with just about any program or partnership she can to donate designs and raise awareness to honor her brother’s memory. 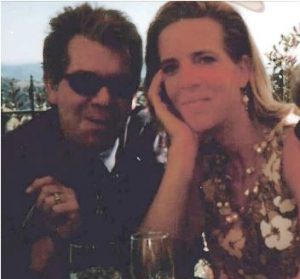 Tracy also shared some emotional and powerful details about Peter’s memorial. She said his friends and family were comforted knowing that Peter had died in the arms of the woman he loved, Amy Pass. However, this was not exactly the case. Peter and Amy were found at the base of a window trying to escape. Tracy’s mother then asked, “If Peter had sprinklers in his home, would he be alive today?” To this Tracy replied, “yes.” That is why she feels so strongly about the initiative.

One night, Tracy’s daughter came into her room crying and asked if what happened to Uncle Pete would happen to her ­­­­mom too. Tracy looked up and pointed at the fire sprinkler head above their bed, assuring her they were protected. Her daughter was immediately put at ease and fell asleep shortly after. That moment has stuck with Tracy as a reminder that you can’t put a price on the protection fire sprinklers can provide for you and your family.