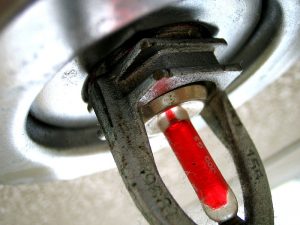 Benefits and Disadvantages of Pre-Action Systems

There are both benefits and disadvantages to pre-action systems. One of the biggest benefits of pre-action fire protection is that it works well for water sensitive environments because there is low risk of accidental discharge. It prevents excessive water damage and it works well in cold areas because the pipes will not freeze since water is not held within the pipes.

One disadvantage of the pre-action system is that they can be more costly to install because they are more complex than traditional sprinkler systems. Another thing to consider is that there may be more lag time before the water is discharged than in a typical system.

Pre-action fire sprinkler systems are useful in areas that are water sensitive because they add extra protection from accidental activation. Some facilities where pre-action systems are used include:

If you are wondering if a pre-action system is right for your facility, you should talk to a fire protection professional.

Davis-Ulmer Fire Protection can design and install a pre-action fire system for your application. We will work with you to design a system that fits the needs of your facility. The Davis-Ulmer NICET certified technicians will make sure your system meets local fire code and NFPA standards. If you need ongoing inspections and service of your system, we can provide inspections on a monthly, quarterly, semi-annual, or annual basis. We serve the New York, Connecticut, New Jersey, New Hampshire, Massachusetts, and Pennsylvania. If you are interested in installing a pre-action system in your facility, contact Davis-Ulmer today.